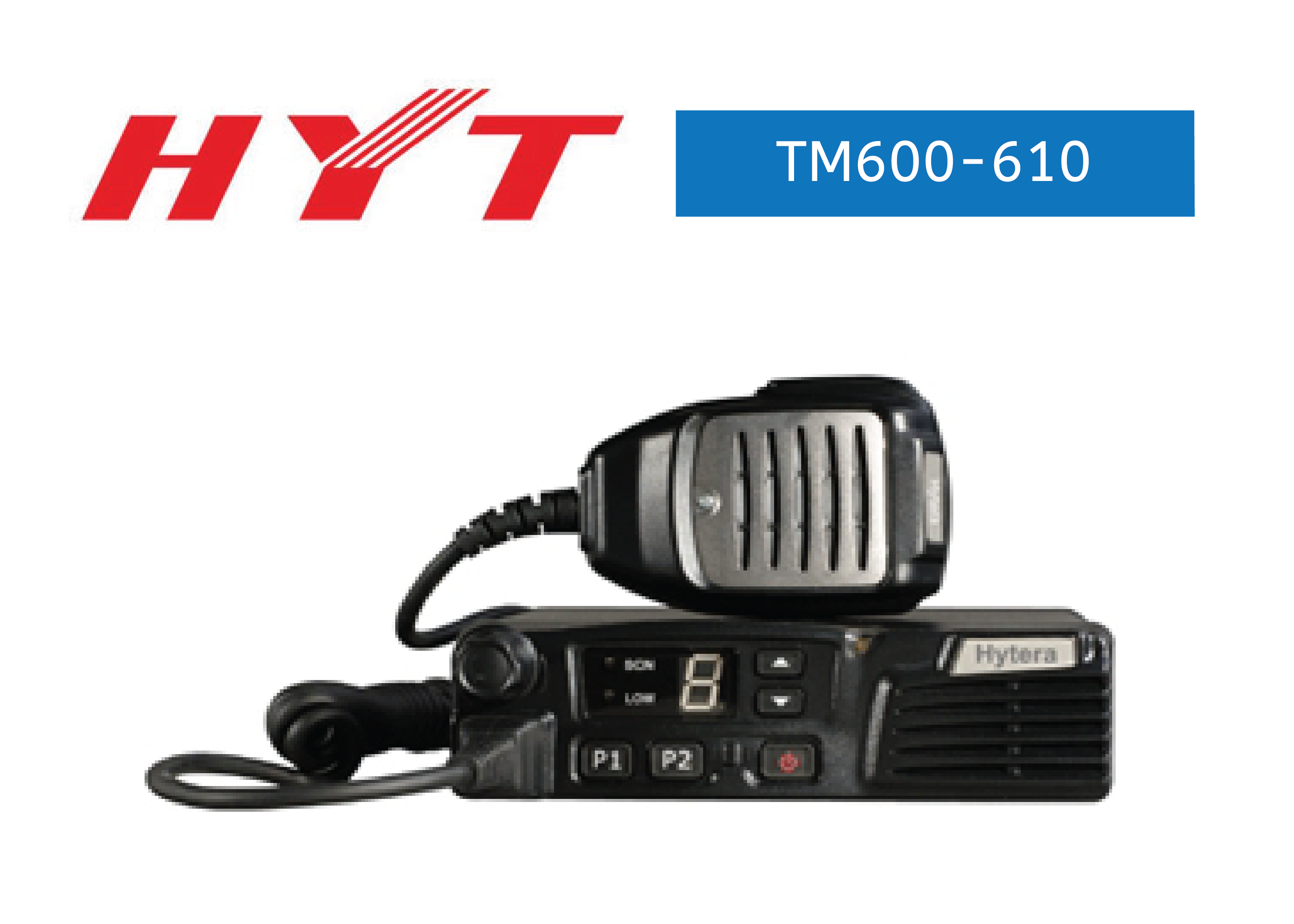 The powerful and easy to operate mobile radios TM-600 and TM-610 are immediately operational and ensure a reliable communication that is required for the efficient work of mobile teams.

The TM-600 can indicate the channel on its numerical 8-segment display. In addition, LEDs show the channel search and transmitting power. The large 15-segment LCD display on the TM-610 provides information on channels or zones as well as call numbers and other function settings. Keyboard and display are illuminated so that good visibility is ensured even at night.

Automatic Number Identification (ANI)
When receiving an HDC2400TM or HDC1200 signal, the display shows the identification or the name of the caller. The firmware of the two-way radio supports a selective call list with up to 128 entries (128 for TM-610, 8 for TM-600).

128 channels and dynamic “regrouping” function (TM-610)
128 channels and the “zoning” function of the TM-610 provide you with a flexible organization of work groups. You can assign any name to every channel and every zone so that a simple identification is possible. The dynamic regrouping function enables highest flexibility in a changing working group environment.

We use cookies to ensure that we give you the best experience on our website. If you continue to use this site we will assume that you are happy with it.OkCookies policy